This new opus of La Revue des Microbiotes plunges us into the heart of what is still predominantly uncharted territory for microbiota specialists: pharmacology. The lexical field of the microbiota was recently enriched with a new term, pharmacomicrobiomics. This term refers to the study of how intra- or inter-individual variations of the microbiota affect the action, efficacy and toxicity of drugs.

In the fascinating report written by Patricia Lepage and Zehra Esra Ilhan, researchers at the INRAE's Micalis Institute specialising in the interactions between the gut microbiota and xenobiotics, we discover the true extent of bacteria's involvement in pharmacology. Thanks to their formidable enzymatic arsenal, the bacteria of the gut, but also of other anatomical sites (particularly the vagina, skin and lungs), are capable of influencing the bioavailability, efficacy and toxicity of drugs.

We learn, therefore, that the efficacy of drugs as routinely prescribed as digoxin (heart failure), nitrazepam (benzodiazepine), warfarin (oral anticoagulant) and levodopa (Parkinson's disease) is partly controlled by the gut microbiota. This is opening up a whole new realm of possibilities for pharmacologists.

To tell us more, Limoges University Pharmacologist Dr Roland Fabrice Lawson answers our questions on the prospects offered by this new branch of pharmacology, which include the ability to choose the right drug with personalised dose adaptation guided by individual microbiota mapping, intervention on the microbiota to increase a drug's activity, and the ability to predict those who will be non-responders before administering a costly therapy.

The innovation prospects are immense.

It is our great pleasure to share them with you in this 19th issue of La Revue des Microbiotes!

I hope you enjoy reading it.

Geneviève Héry-Arnaud
Editor in Chief of this issue

Other issues that may be of interest 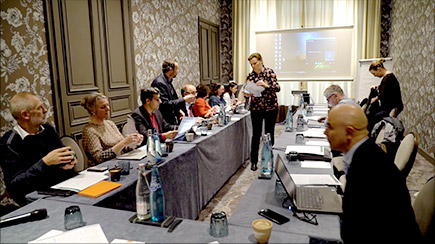